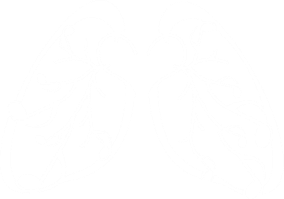 John Schaman MD became intrigued by the possibility that the harmonica could have health benefits, primarily pulmonary. A study was born to determine if pulmonary exercises could reduce the loss of lung function observed with aging.
We have reached the next chapter in this exciting adventure with the unveiling of our new HarmonicaMD "Medical Harmonica"- the 'Schaman' and our newly developed methods that will provide a better blending of the pulmonary challenges with the sought after musicality.

Who is this Program For?
I am often asked whom the Medical Harmonica and the Harmonica Exercise for Lung Program is geared toward. I must say, that my initial intent was to find a way to slow down the excessive ageing effect of the lungs that we all experience. Soon after starting the program, the potential benefits to patients with both obstructive and restrictive lung diseases became clear. With functional ageing being so intimately connected with physical inactivity, my hope was that participants of the Harmonica Exercise for Lung Program will provide their lungs with the exercise they may well be lacking.

Why a Medical Harmonica?
The medical harmonica was designed to create physiological lung challenge while still providing musicality. It was designed for non-musicians, non-harmonica players and essentially those that consider themselves musically hopeless. At the same time however, it is a valuable musical instrument in it's own right. Some of the greatest harmonicaplayers in the world use it to make music! The standard 10-hole diatonic harmonica was designed to play single note melodies, which presents the player with 20 options (10 holes inhaling and exhaling). Furthermore, playing single notes is difficult for beginners, as channeling air from a relatively large mouth into the tiny holes on a harmonica is challenging and many players abandon the instrument before they master it. The medicalharmonica, on the other hand, is designed to play chords (three or more notes simultaneously) presenting the player with essentially 4 options (left and right side, inhaling and exhaling), without the challenge of achieving single notes. In that way, playing multiple notes simultaneously enhances the pulmonary (lung) challenge, and is easier to play compared to the traditional harmonica using traditional methods.